Why do people die when shot by a bullet | Curiosity | prudhviinfo 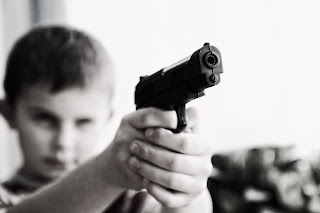 Why do people die when shot by a bullet?

When a bullet hits the body, all the energy it has is transferred to the body tissue causing damage. The heavier the bullet & the faster it moves the more damage it can potentially cause. The laws of physics state that energy is directly related to the weight of the bullet, meaning that if the weight doubles, the energy doubles. But energy increases by the square of the velocity. Doubling the speed increases energy fourfold. The purpose of a firearm is to make a bullet go faster.

There are a number of factors that make it possible for a bullet to kill you:

Blood loss & Soft Tissue Damage: This is the most obvious, and even a flesh wound (one that doesn’t damage organs) can cause a person to bleed out. For eg, in movies that getting shot in the leg is non-fatal. However, the fact is that if a major artery is damaged, the person can bleed to death within seconds.

Organ Damage: This is often the case. A bullet that goes through the head will destroy the brain, a shot through the heart will be almost instantly fatal and a puncture wound to the lung would cause the victim to eventually asphyxiate in their own blood. A belly wound can sometimes take a long time to kill the victim, maybe even hours, and it will be painful.

Hydrostatic shock: The human body is not a solid hunk of flesh and bone. Inside us, our organs happen to be floating around in a lot of body fluids, which means that the way the body is effected by sudden trauma is different from, say, a block of wood. When a bullet strikes a person, a number of factors come into play. The velocity is one, the caliber of the bullet is another. The striking bullet, while it burrows through soft tissue, organs and the rest of the human body, imparts a fair bit of it’s kinetic energy to the mass that it is going through, creating a wound channel. This is also the reason why the exit wound is usually bigger than the entry wound.