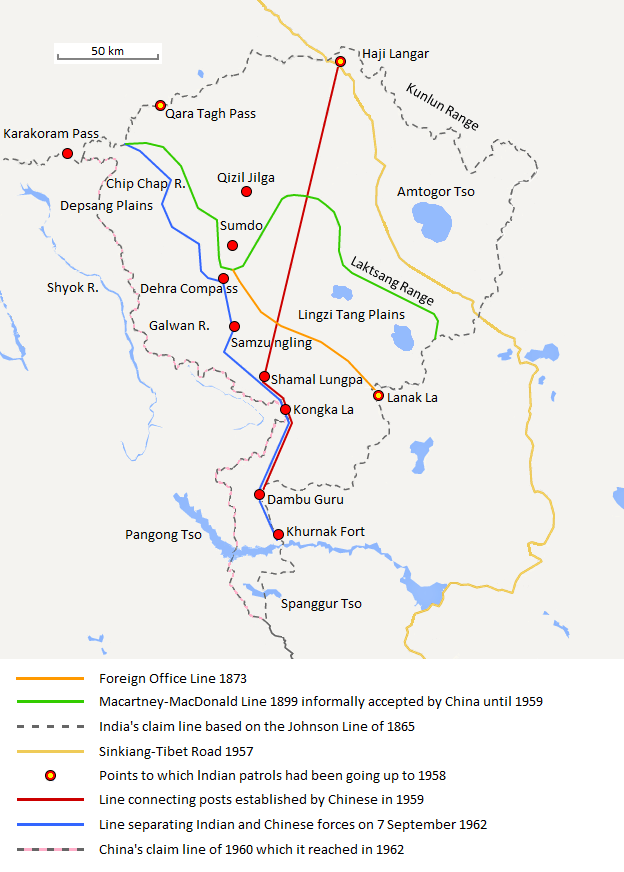 (Himachal Pradesh and Uttarakhand); and the eastern

Pradesh). • Dispute with respect to Western and Middle boundary:

sq km in UT of Ladakh.

in Pakistan occupied Kashmir to China.

the present UT of Ladakh in India.

• Dispute with respect to Eastern boundary:

 1914: Shimla Accord signed by the British Indian

authorities, Tibet and China - the boundary between Tibet

and the northeastern India was proposed by British officer Henry McMahon - so the name McMahon line.

 1950: China started to ‘incorporate’ Tibet into the Peoples’ Republic of China - boundary disputes emerged between India and China.

 China officially does not agree with the McMahon line. • No commonly delineated Line of Actual Control (LAC) between

• Indian Government regularly takes up any transgression with the Chinese side through established mechanisms.